Mission 828
An immersive Location Based Experience

The interactive experience captured key elements from the Burj Khalifa in a thrilling adventure that transforms users into mission operatives who need to foil an impending cyber attack. How? By scaling the Burj Khalifa’s immense 828-metres to intercept an overhead satellite and save the day by uploading an anti-viral code.

The idea
Such an amazing, bleeding-edge, LBE experience required an equally captivating branding and recruitment marketing campaign to engage visitors to Dubai and the UAE and drive footfall and tickets sales conversion at the point of purchase at the Burj itself.
I was tasked with the creation of the integrated branding, advertising and social promotional campaign . Through the visual treatments below, I sought to instill the exhilaration and mystery, and 'sci-spy' elements through the use of iconic Burj Khalifa imagery with futuristic and intrigue colour correction, complemented by an Arabic digital font. 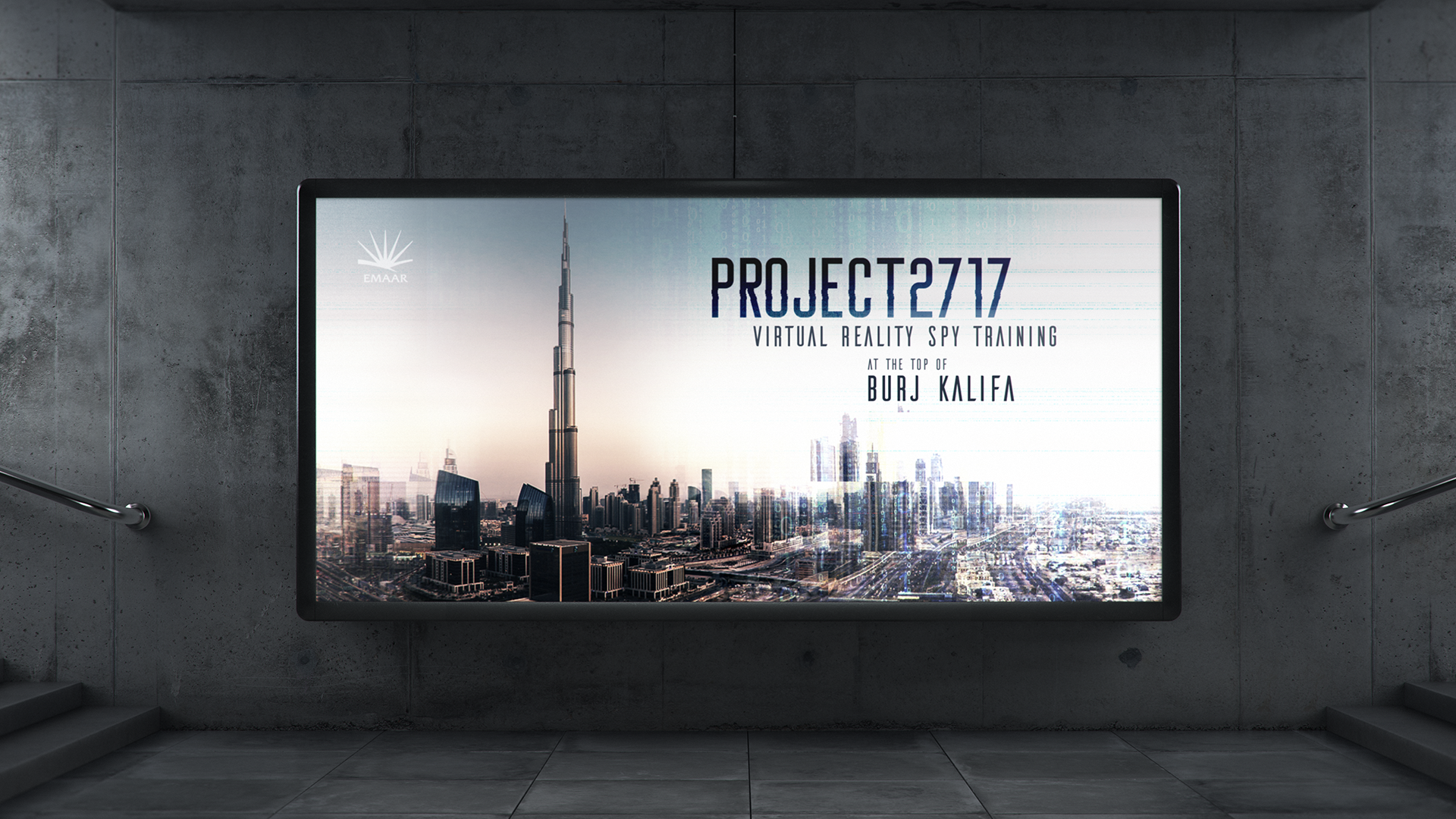 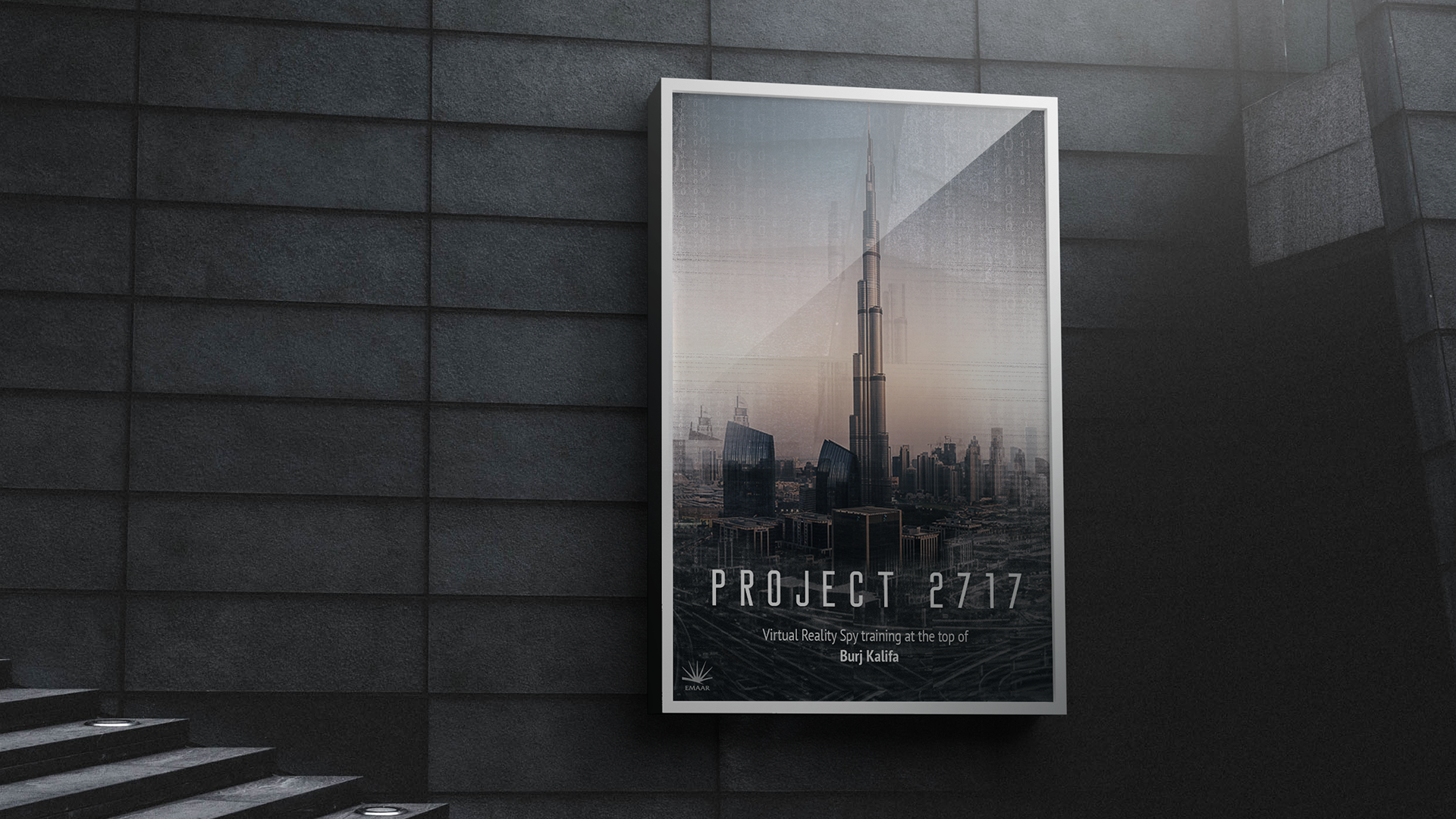 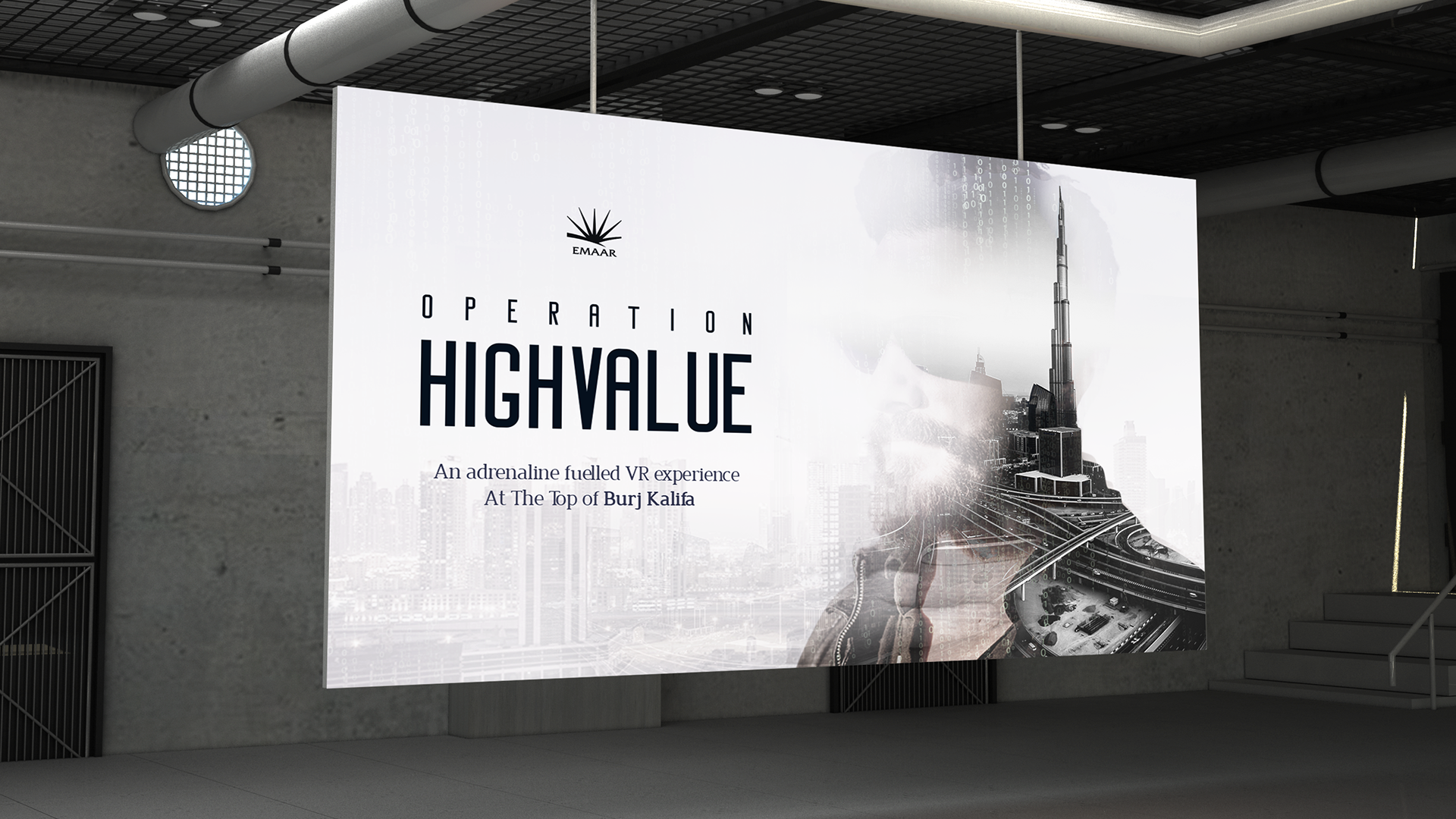 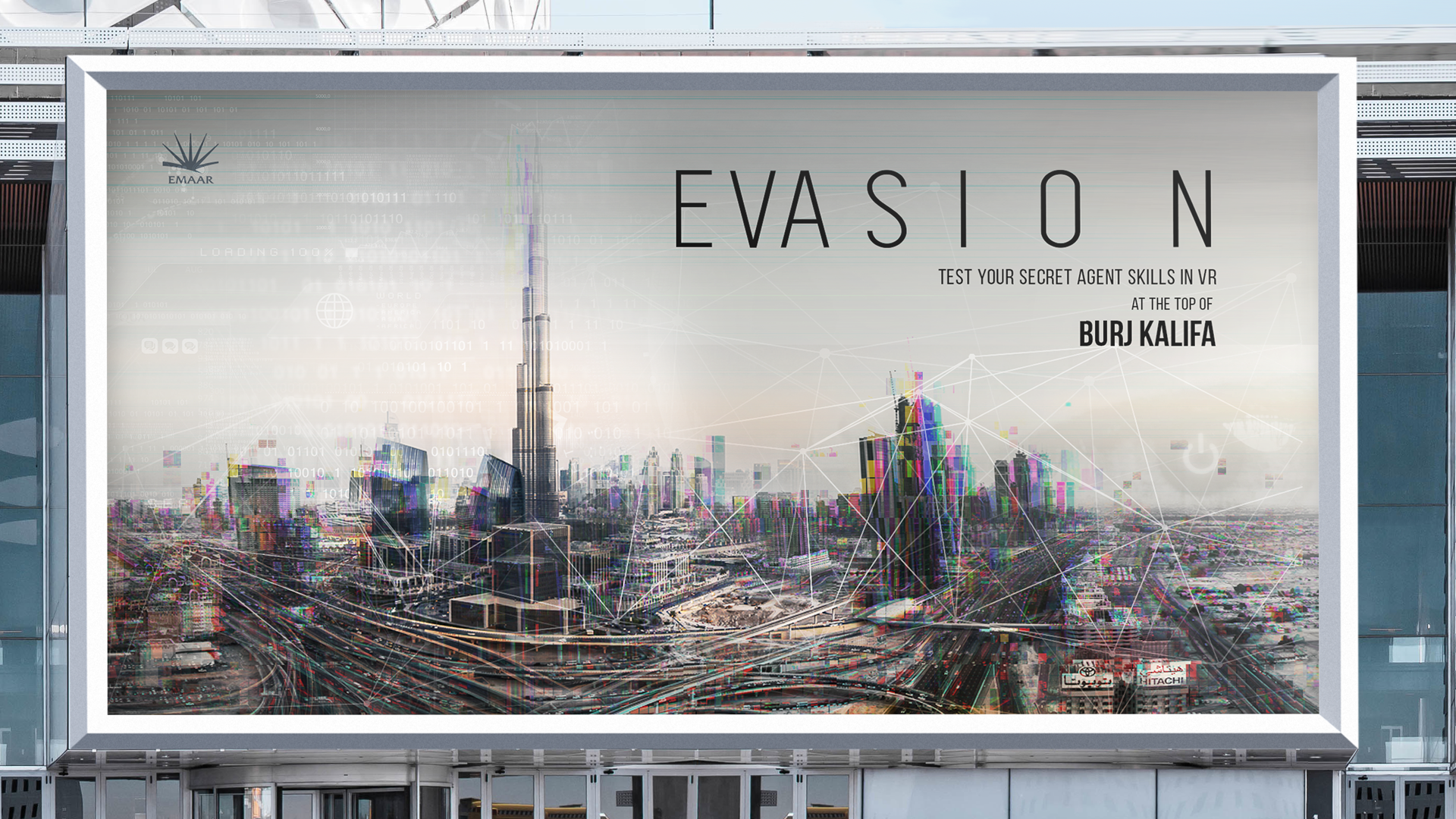 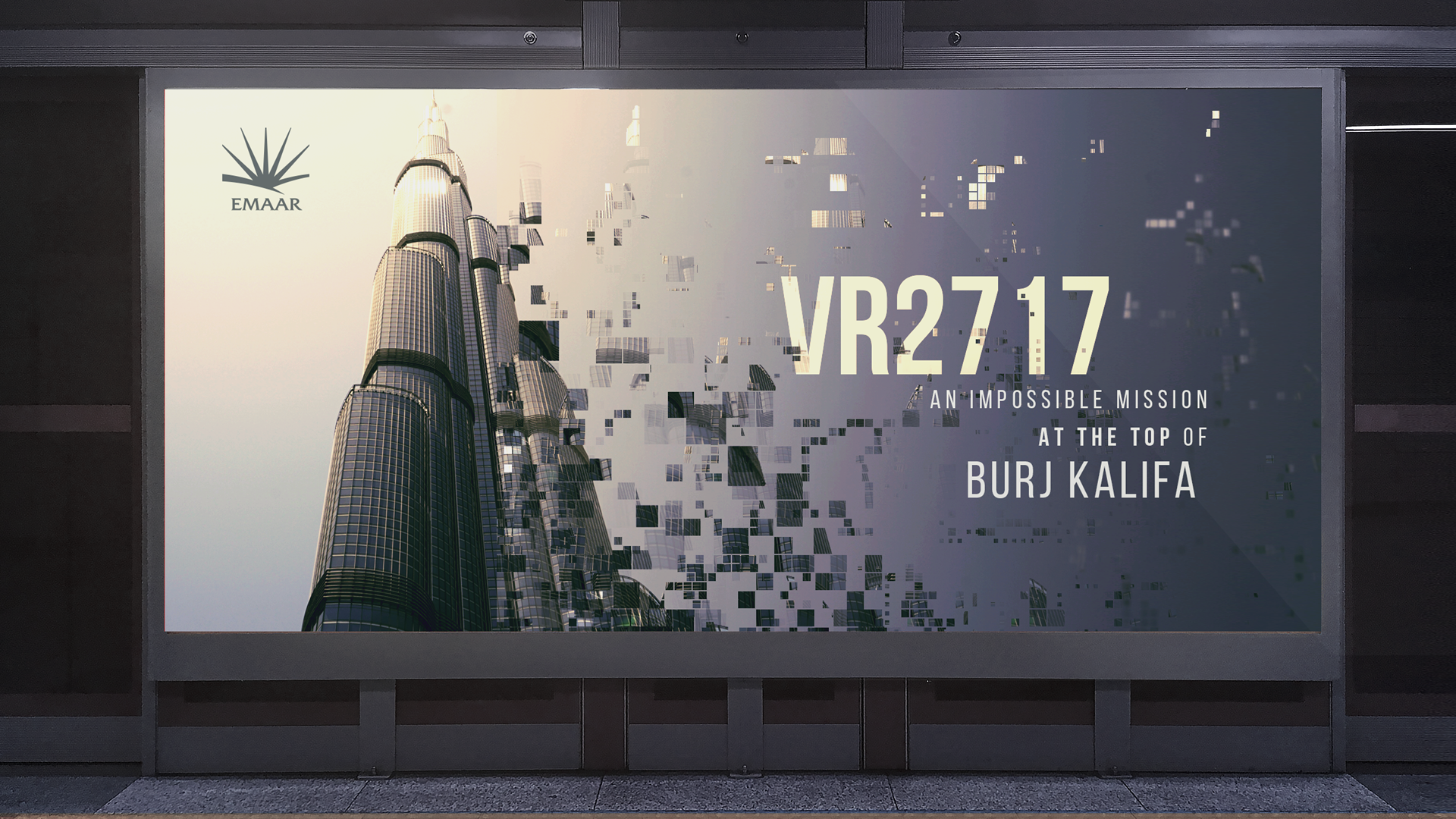